American Hero: The Life and Death of Audie Murphy 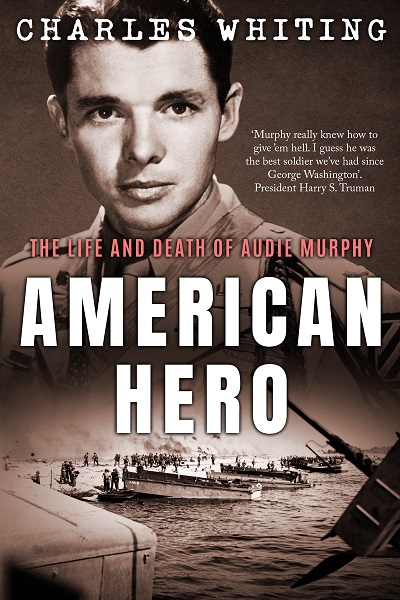 As a teenager Audie Murphy left his home in Texas to join in the fight against the Nazis. By the end of the war, after landing on the beaches of Sicily, he had fought in the bloody battle of Anzio, helped liberate Rome, marched his way across France, repelled German counterattacks in Alsace, before finishing in Germany. He was wounded three times, killed over two hundred enemies, and won every medal for valor that the United States had to offer.

Charles Whiting charts Murphy’s journey through World War Two, shedding light on his courageous actions, such as when he held off a company of German soldiers for an hour at the Colmar Pocket before leading a successful counterattack while wounded and out of ammunition.

Yet what price did young Audie Murphy pay for becoming America’s most decorated soldier of the Second World War?

Rather than simply focusing on Murphy’s achievements in combat, Whiting also explores his life after the war when he struggled with post-traumatic stress disorder, addiction problems and even twenty years after the war slept with the lights on and a loaded Walther pistol beneath his pillow.