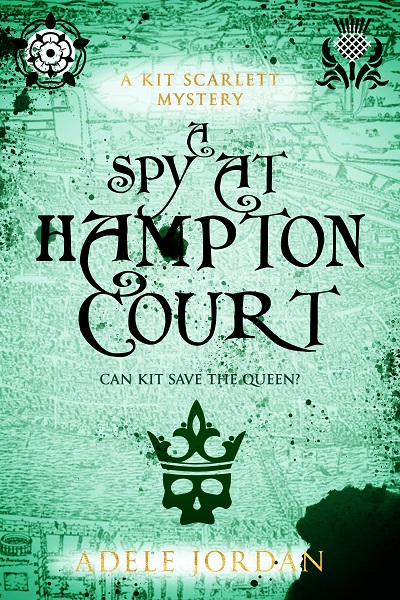 Can Kit unmask an enemy assassin before the queen’s time runs out…?

Queen Elizabeth is gravely ill and her spymaster, Francis Walsingham, has received intelligence that there is a plot to assassinate her.

To their horror, they discover there is a plot to blow up Hampton Court Palace.

With Queen Elizabeth too unwell to be moved from the palace, it is imperative the plot is foiled as quickly as possible.

A search of Hampton Court is launched, with Iomhar leading the way, while Kit is given the task of guarding the queen.

Watching her queen fighting death and suspecting she has been poisoned, Kit soon realizes the threat could be within Hampton Court’s own walls…

Is there an enemy spy at the palace? Has gunpowder already been planted by an assassin?

And is someone in Queen Elizabeth’s inner circle slowly poisoning her…?