A Life of John Hampden: The Patriot

Home > Books > A Life of John Hampden: The Patriot 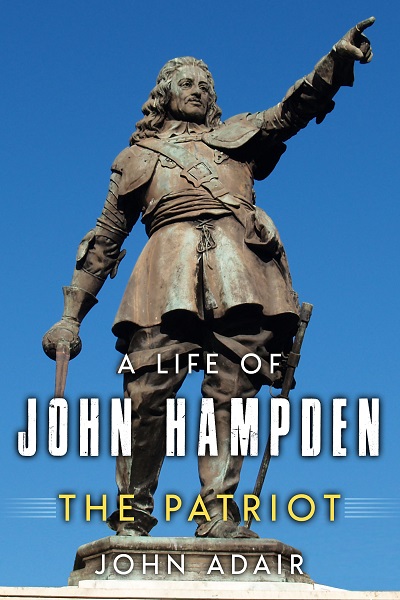 Conflict between King and Parliament during the Civil War er

Scholar, statesman and soldier, John Hampden was as adept on the battlefield as he was brilliant in Parliament.

In this impressive biography, John Adair vividly portrays one of the most remarkable figures to emerge from the English Civil War era. A Buckinghamshire landowner and member of the Puritan gentry, Hampden was the first member of the House of Commons to achieve a reputation outside Westminster and a truly national popularity.

Born into a family of great wealth and a long tradition of service to the Crown, Hampden attended the University of Oxford and studied at the Inner Temple in London before entering the House of Commons in 1621, where he quickly earned a reputation for his skills as a subtle debater. However, he took a robustly independent stand against Charles I’s arbitrary style of government, refusing to pay the Ship-Money tax and forcing the King to recall Parliament for the first time in eleven years as a result.

During the Long Parliament, Hampden was one of five members of the House of Commons who launched a vigorous attack on royal policies. Accused by the King of high treason in 1642, Hampden successfully evaded arrest, yet the episode kindled the flames of discontent, for to declare a member of the Commons a traitor without any legal process was a breach of privilege, both against the liberty of the subject and the law of the land.

On the outbreak of the Civil War, Hampden raised and commanded a regiment in the Parliamentarian army, fighting alongside his cousin Oliver Cromwell, before he was mortally wounded at the Battle of Chalgrove Field in 1643.

Drawing on a wealth of contemporary material, Adair masterfully portrays the celebrated Puritan leader as a man of honour and integrity, whose patriotic opposition to arbitrary rule resulted in a case of momentous national significance and who has been known ever since as ‘The Patriot’.