A House For Spies: SIS Operations into Occupied France from a Sussex Farmhouse

Home > Books > A House For Spies: SIS Operations into Occupied France from a Sussex Farmhouse 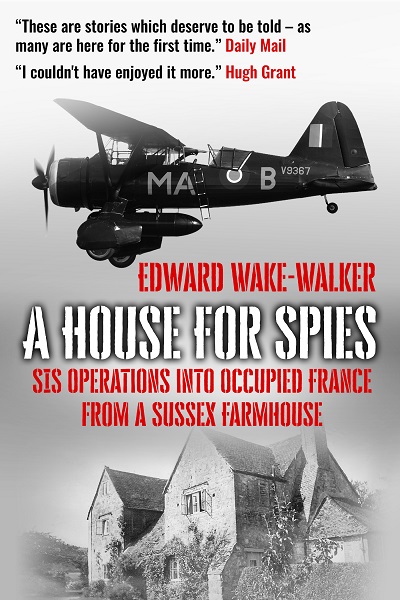 An unforgettable history of French intelligence agents and courageous British pilots who risked everything in the fight against Hitler! Perfect for fans of Ben Macintyre, Giles Milton and Sinclair McKay.

From 1941 to 1944, Bignor Manor, a farmhouse in Sussex provided board and lodging for men and women of the French Resistance before they were flown by moonlight into occupied France.

Barbara Bertram, whose husband was a conducting officer for the Secret Intelligence Service (MI6), became hostess for these daring agents and their pilots during their brief stopovers in their house.

But who were these men and women that passed through the Bertram’s house?

And what activities did they conduct whilst in France that meant that so many of them never returned?

Edward Wake-Walker charts the experiences of numerous agents, such as Gilbert Renault, Christian Pineau and Marie-Madeleine Fourcade, and the networks of operatives that they created that provided top-secret intelligence on German defences and naval bases, U-boats, as well as Hitler’s devastating new weapons, the V-1 and V-2 flying bombs.

A House For Spies provides fascinating insight into the lives of SIS agents and their Lysander pilots who provided invaluable intelligence to Allied forces. This is a much-forgotten aspect of the Second World War that is only now being told by Edward Wake-Walker.