A Canopy of Stars

Home > Books > A Canopy of Stars 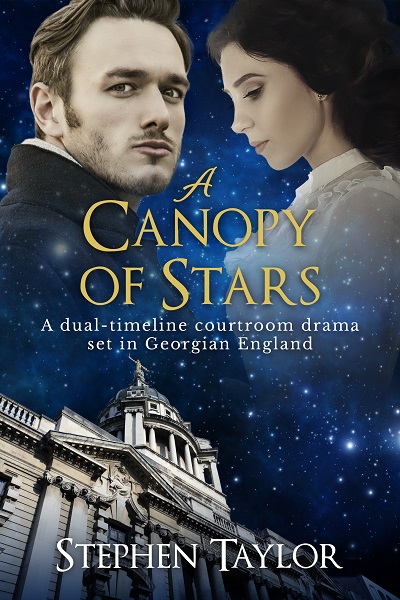 A powerful historical courtroom drama you won’t be able to put down! For fans of Freda Lightfoot, Anthony Doerr, Sebastian Faulks and Kate Atkinson.

It’s a race against time to overturn the death penalty…

22-year-old Julia Carmichael is determined to follow her father’s footsteps into the legal profession. But he is more concerned with marrying her off to an eligible gentleman.

She persuades him to let her watch his cases from the public gallery at the Old Bailey, and while waiting for him, she finds herself transfixed by the trial of a man facing the death penalty.

David Neander, a foreign Jewish man, instantly captivates her and Julia believes from his testimony that he is innocent of the theft he has been accused of.

So when the judge rules that he is to be sentenced to death by hanging she vows to do all she can to overturn the charges.

As Julia questions David on his past she uncovers a remarkable story. But will it be enough to save his life?

A Canopy of Stars is a thrilling historical 19th century saga stretching from the legal courts of Georgian London to the Jewish ghetto in Frankfurt, by Stephen Taylor.