War in the Pacific: Pearl Harbor to Tokyo Bay 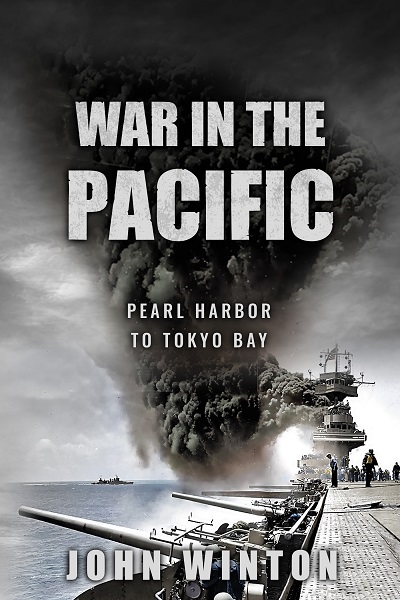 Pearl Harbor, Coral Sea, Midway, Guadalcanal, Leyte Gulf, Iwo Jima; the War in the Pacific was one of the most brutal aspects of the Second World War.

This enthralling history would be perfect for fans of Ian W. Toll, James D. Hornfischer and Craig L. Symonds.

On the morning of December 7, 1941, the Imperial Japanese Navy Air Service launched their surprise military attack on the US battlefleet at Pearl Harbor. After three and a half years of conflict Admiral Chester W. Nimitz and General Douglas MacArthur with representatives from the other Allies: Great Britain, Australia, Canada, New Zealand, China, France, the Netherlands and Russia, accepted the unconditional surrender of Japan. It had come at the cost of hundreds of ships, thousands of aircraft and the lives of millions of men who had died far from home.

In War in the Pacific John Winton tells how the Allies had been able to turn back the seemingly overwhelming Japanese forces and worked together to drive ever onwards towards Tokyo Bay.

It is a remarkable account of the ferocious naval war that took place in the Pacific and uncovers the ships, the submarines and aircraft, the naval tactics and the equipment used to defeat the Japanese. Winton also provides insight into the leaders of the Allied forces, not just Admiral Nimitz but also William ‘Bull’ Halsey, the superb Raymond Spruance, hard-charging Arleigh ‘Thirty-One Knot’ Burke, ‘Close In’ Conolly, the fighting Marine General ‘Howling Mad’ Smith, the submarine ace Sam Dealey, and the pioneering carrier admiral Marc Mitscher.