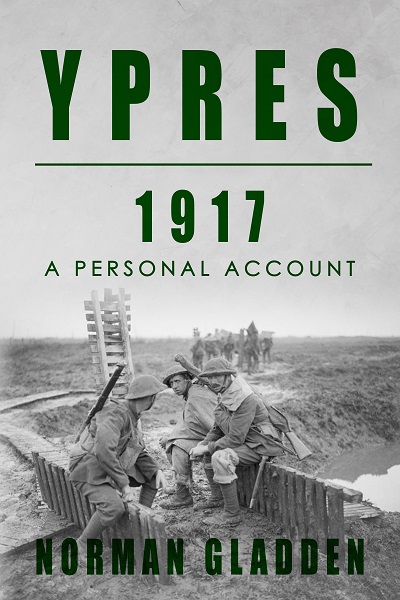 An enthralling eyewitness account of the bloody battle of Passchendaele.

The Third Battle of Ypres, commonly known as the Battle of Passchendaele, took place in the muddy fields of Flanders in the summer and autumn of 1917 in an effort to break the deadlock of trench warfare. This attack would cost both Allied and German forces over half a million casualties, but like so many previous battles, ended in a stalemate.

Norman Gladden, who had witnessed the full horrors of modern warfare at the Somme the previous year, served with the 11th Northumberland Fusiliers through the course of 1917. He and his fellow men saw action in the Battle of Messines, which was a precursor to the Third Battle of Ypres, before being involved in the action at Menin Road, Polygon Wood and the First and Second Battles of Passchendaele.

Throughout his time barraged by shells in this atrocious quagmire Gladden kept a diary, recording his personal experiences, providing the basis for this remarkable and unique insight into life on the Western Front seen through the eyes of an ordinary soldier.

Ypres, 1917 should be essential reading for all interested in the history of the First World War and seeing one its most ferocious battles from the viewpoint of an infantry soldier. This book is the second part of Norman Gladden’s World War One trilogy, Full Pack — A Private’s War, preceded by The Somme, 1916 and followed by Across the Piave. A portion of the revenue from every sale of each book in this trilogy goes to The National Trust.