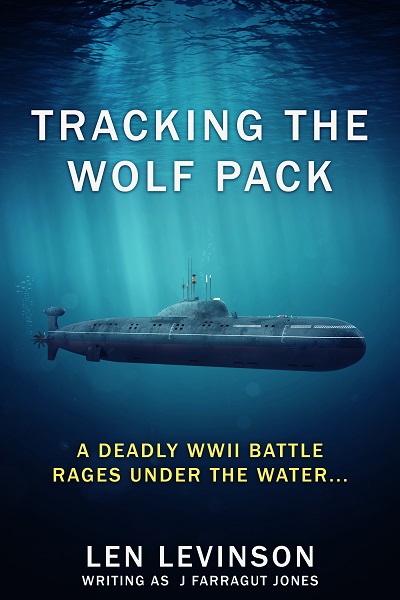 As the war rages on, is defeat lurking beneath the ocean waves?

With the world in the grip of another deadly war, the battle for the North Atlantic is at a crucial stage. The Nazis’ ‘wolf pack’ strategy, spearheaded by Admiral Karl Dönitz, is gaining traction, and German U-boats are threatening to overcome the convoys that hold the key to Britain’s survival.

As one Allied ship after another is sunk by the wolf pack, a tense cat-and-mouse game develops. Cynical Commander William Mulford is charged with stopping the U-boats in their tracks … but with his chaotic private life distracting him from the task in hand, is he really the best man for the job?

Meanwhile, with Allied attempts to crack the Nazi communications code proving fruitless, the search is on for a German cipher machine … but can one be found in time to halt the Nazis’ trail of destruction?

Can Mulford be relied upon to defend his country in its hour of need? And can the Allies learn the secrets of the wolf pack strategy in time to break its deadly hold?

Or is a catastrophic defeat waiting in the wings?

Told from both American and German perspectives and inspired by real-life events, TRACKING THE WOLF PACK is a gripping naval submarine action novel set during the Second World War.