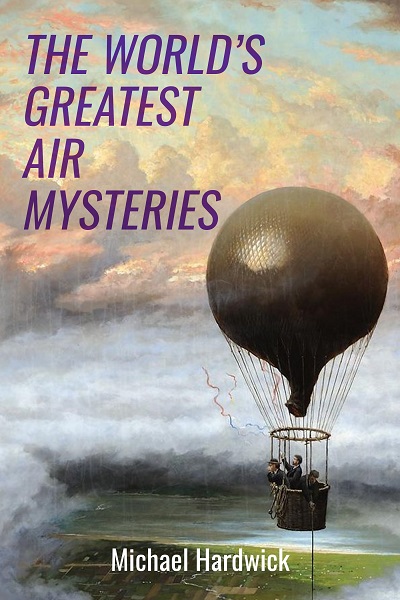 A thrilling collection of aviation mysteries from around the world!

Who shot down the Red Baron, Germany’s greatest air ace of the First World War? What caused the disaster of the airship R101 in 1930? What happened to Glenn Miller on a routine cross-Channel flight in 1944? Why did two airliners collide over the Grand Canyon in 1956?

Author Michael Hardwick presents all these and many more mysteries of the air in this gripping collection of cases from aviation history.

From vanishing aristocratic aviators to wartime enigmas, civil aviation disasters to eyewitness accounts of UFOs, the history of flying is riddled with mysterious and unresolved events around which speculation continues to rage. Well-known cases include that of Leslie Howard, the British film star, whose plane was shot down by eight Junkers-88s in 1943, and the disappearance of American aviation pioneer Amelia Earhart in 1937 during an attempt to circumnavigate the globe.

The World’s Greatest Air Mysteries is a must-read for all enthusiasts of aviation mysteries!