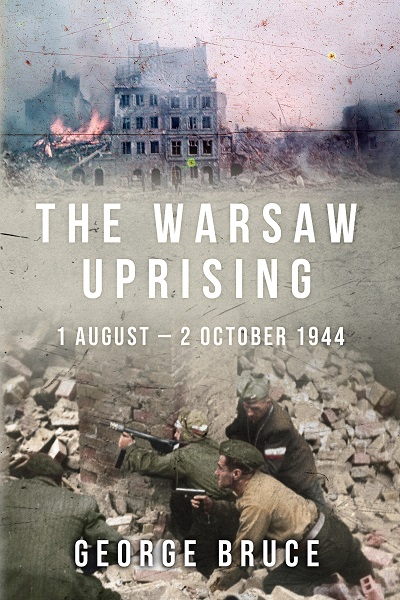 An engrossing history of the largest resistance movement in the Second World War.

By the summer of 1944 Poland had been occupied by Nazi forces for nearly five years, but on August 1 the people of Warsaw attempted to throw off their shackles and rise up against their Nazi oppressors.

For sixty-three days German tanks, planes and artillery crushed the ill-equipped Polish Home Army leading to the deaths of 16,000 Polish resistance fighters and over 150,000 civilians, as well as leaving only fifteen percent of the city intact.

Could Britain, America and the Soviet Union have done more to rescue their allies?

How did this Polish secret army organize itself and train while their city was under control of the Nazis?

And in what ways did five years of occupation and events such as the Katyn massacre and Warsaw Ghetto Uprising shape the actions of the Polish resistance?

George Bruce’s book explores the history of Warsaw and Poland through the Second World War and provides an eye-opening account of the oppressed men, women and children’s courageous attempt to resist the Nazis.