The Usurper King: The Fall of Richard II and the Rise of Henry of Bolingbroke, 1366-99

Home > Books > The Usurper King: The Fall of Richard II and the Rise of Henry of Bolingbroke, 1366-99 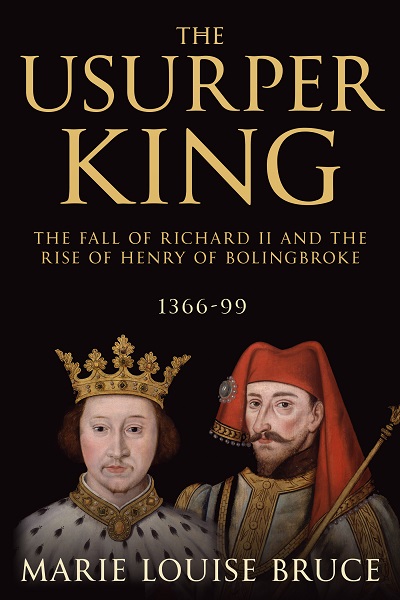 An in-depth study of an astounding moment in English medieval history. Ideal for people who wish to learn more about the tragic demise of Richard II or the life of his usurper, Henry IV.

On 1 October 1399, Richard II, was deposed from the English throne.

After succeeding to the throne as a ten year old he had faced the Peasants’ Revolt in 1381, challenges from his nobles and Parliament and the threat of French invasion, and yet his crown was taken from him by a member of his own family, his cousin, Henry of Bolingbroke.

What was the relationship between these two Plantagenet princes who were both grandchildren of Edward III?

And how was Henry able to usurp the throne of England at a time when so many believed in the divine rights of kings?

Marie Louise Bruce’s exceptional biography of these two medieval English monarchs utilises a variety of well-researched original sources to provide fascinating insight into their parallel lives, from 1366, as young royal princes, to 1399 when Richard II was deposed and Henry took the crown with the support of an invasion force of no more than three hundred men.

The Usurper King is a remarkable book that sheds light on one of the most colourful, turbulent and least known periods of English history.