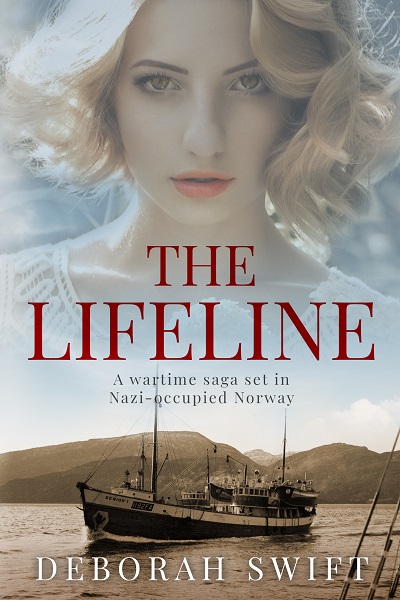 A heart-pounding historical saga that you won’t be able to put down! For fans of Freda Lightfoot, Pam Jenoff, Sebastian Faulks and Kate Atkinson.

From the heart of Norway to Shetland in Scotland, one couple fight to overthrow the Nazis…

Schoolteacher Astrid Dahl has always kept out of trouble. But when she is told to teach the fascist Nazi curriculum, she refuses and starts a teacher’s rebellion, persuading eight thousand teachers to go on strike.

The Germans arrest her, and terrified of what punishment her trial might bring, she is forced to go into hiding.

Astrid’s boyfriend, Jørgen Nystrøm, has joined the Norwegian Resistance. When his cover is blown he escapes to Shetland where he is taken on as crew for the Shetland Bus; a dangerous clandestine operation of small fishing boats that supply arms and intelligence to war-torn Norway.

In Shetland, hearing Astrid is in trouble, Jørgen sets off through enemy waters to meet her.

But the Nazis have a spy on Shetland and have been tipped off about the Shetland Bus.

With the enemy in pursuit from both directions, will Astrid and Jørgen be able to find each other?

Or will they be separated forever by the brutal Nazi regime?

The Lifeline is a moving war & military saga by Deborah Swift.