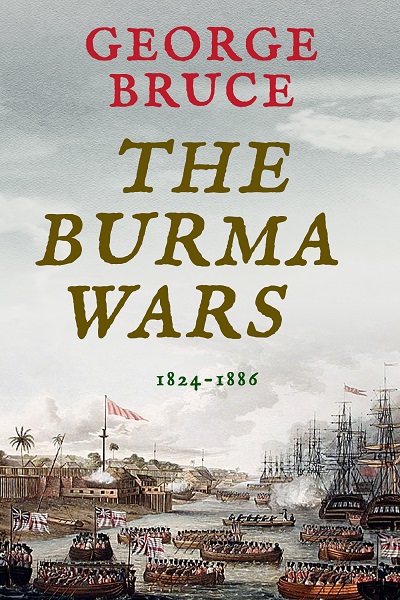 Between 1824 and 1885 Britain and Burma fought in three deadly struggles.

The first was the longest and most expensive war in British Indian history, the second was criticised at the time as being caused by gunboat diplomacy, and the third led to the removal of Burma’s Konbaung dynasty and the incorporation of Burma into the British Raj.

These wars were fraught with military blunders and incompetence.

Why did the tensions arise initially and how did the first battles begin? How were Burmese forces able to resist the powerful armaments of their opponents for so long? And what were the implications of this controversial war for the British?

The Burma Wars: 1824-1886 uses a vast assortment of contemporary sources to build up a vivid picture of the clashes, highlighting the courage and perseverance of the men who fought for both sides in difficult conditions.

The Times described Bruce’s books as “well researched, with a keen eye for historical detail.”

The Burma Wars: 1824-1886 is a brilliant account of one of the conflicts that led to the formation of the British Empire. It is part of the series Conflicts of Empire, which also includes Retreat from Kabul and Six Battles for India: The Anglo-Sikh Wars, 1845-6 and 1848-9.