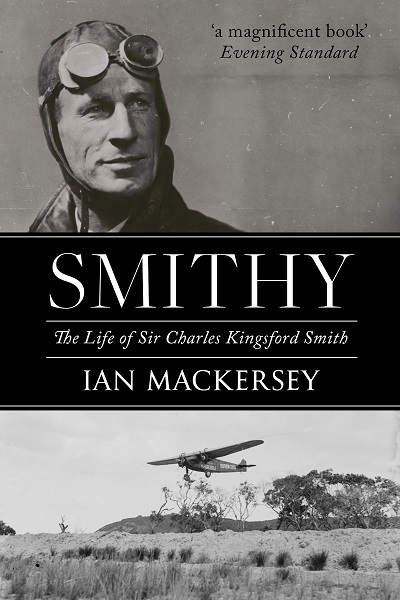 The epic account of one of the heroes of the pioneer age of aviation.

On 31st May 1928 Charles Kingsford Smith left the coast of California and landed on Australian soil on 9th June. This was the first transpacific flight in history.

Yet just seven years after his first transpacific flight Kingsford Smith’s aircraft Lady Southern Cross mysteriously disappeared in the dark of a tropical night off the coast of Burma. The man who had enthralled the world with his dangerous pioneering journeys was gone.

Ian Mackersey’s astounding biography, written with the co-operation of Kingsford Smith’s widow and family, uncovers the life of this fascinating man who was obsessed with pushing his aircraft to the limits whilst having a morbid fear of the sea which he flew over. The book explores Kingsford Smith’s life before he rose to prominence and how his experiences during World War One shaped him through to his tragic last flight.