Into the Silk: The Dramatic True Stories of Airmen Who Baled Out — And Lived

Home > Books > Into the Silk: The Dramatic True Stories of Airmen Who Baled Out — And Lived 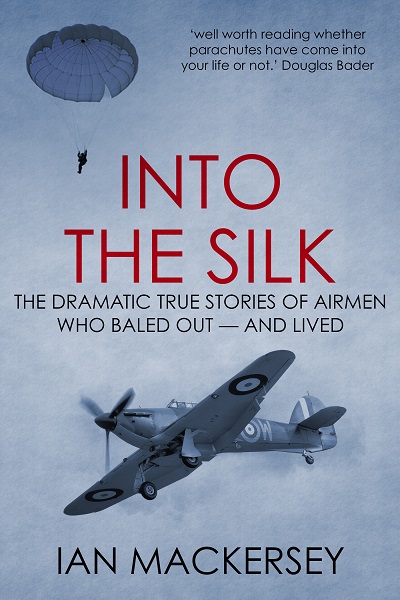 From World War Two to the Jet Age, Ian Mackersey charts the thrilling and personal accounts of airmen who have jumped from their planes and survived.

Since the test pilot Harold Harris became the first man to save his life with a parachute in 1922 there have been over 120,000 air force pilots and crew who owe their lives to their parachutes.

Into the Silk is full of astounding tales of people who against the odds bailed out of their planes and were therefore able to enter the annals of the Caterpillar Club, a society open only to men and women who survive aviation disaster with the aid of a parachute.

Mackersey records dramatic moments during the Second World War when pilots leapt from their burning planes while still being shot at by enemy fighters. He uncovers the descent of the extraordinarily lucky man who jumped from his damaged bomber but had to put his parachute on while falling through the sky and the pilot who found himself attached to a moving train and was dragged along for miles.

The book highlights the debts that all of these survivors owe to people such as Leslie Irvin, who invented the modern parachute and Sir James Martin, the great designer of ejection seats.

As the legendary pilot Douglas Bader states this book ‘is well worth reading whether parachutes have come into your life or not.’