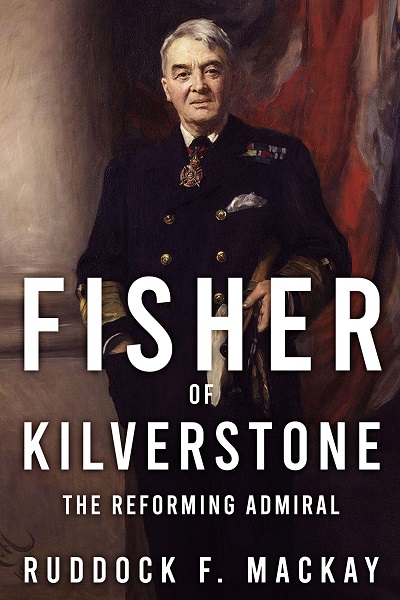 A comprehensive biography of one of the key architects of the modern British Royal Navy.

During the course of over a sixty year career John Arbuthnot Fisher, commonly known as Jacky Fisher, tirelessly developed innovative tactics, powerful ships and pioneered new nautical technologies to ensure that Britain did not fall behind in the naval arms race that took place prior to World War One.

Fisher entered the navy in 1854, serving initially on Nelson’s old wooden flagship, HMS Victory. As his career progressed and he rose through the ranks, fighting in conflicts across the globe, he began to understand the need for maritime development, particularly in the range, accuracy, and rate-of-fire of naval gunnery. He famously supported the construction of HMS Dreadnought, the first all-big-gun battleship, as well as the advancement of submarine warfare to ensure that Britain could compete with her rivals.

Ruddock Mackay’s remarkable biography draws from a wide range of original research to uncover the full length of Fisher’s naval career from his early days in the age of sail through to his final years as First Sea Lord co-operating and clashing with Winston Churchill during the First World War.