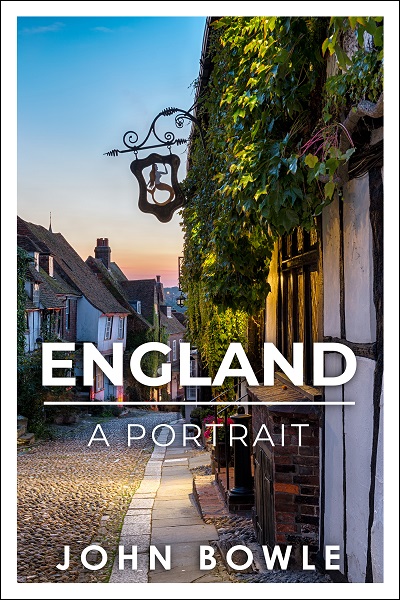 Why has England, a nation on a small island off the coast of the European mainland, had such a monumental impact on world history?

Culturally, politically, militarily, and economically it has punched far above its diminutive size, but how was this possible?

John Bowle’s expressive history of England charts from the days before the Romans invaded, through her most tumultuous years during the Middle Ages, the English Civil War, and Industrial Revolution, to her greatest challenges during the twentieth century as she engaged in two monumental global wars.

Rather than simply chronicling the kings, queens and prime ministers who ruled or the wars that the nation became embroiled in, Bowle uncovers the poets, explorers and thinkers who also contributed to making this country so influential.

England: A Portrait is an essential introduction to this nation’s story. It explores what it means to be English, how this land has changed over centuries and why it remains a beautiful, vibrant, and important country in the modern world.