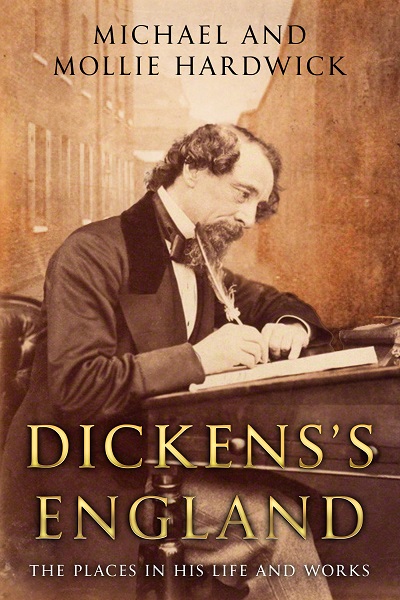 This book conducts the reader to every English scene and building connected by any significance with Dickens which is still to be seen today.

Despite the numerous changes that have taken place since his death in 1870, many places Dickens knew personally and immortalized in his books still stand; and it is within the setting of these that the authors tell the story of his life — a biography in terms of place, showing how Dickens’s keen observation and brilliant descriptive ability transmuted his memories of his homes, his schools, his lodgings, and the towns and villages he visited into the background of his novels and stories.

Such was the enormous fame Dickens enjoyed in his lifetime, that any house he lived in, visited or wrote about was remembered for his sake. In Kent, his chosen county and cradle of his genius, the pride in him is strongest, the houses and scenes most abounding; but it is possible to follow him to many other parts of the country and to find something of him in unassuming hotels and seaside inns, lonely churches and stately homes, places that knew him and can help to bring him to life for us.

Dickens’s England is a fascinating topographical study concentrating on what is still to be seen, rather than what has disappeared, and offers both immediate interest and enduring value for fans of the great author.