Death and Destruction on the Thames in London

Home > Books > Death and Destruction on the Thames in London 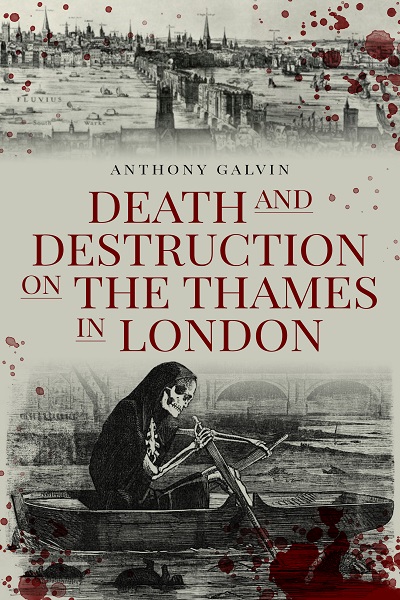 A deadly history of the city of London. Perfect for fans of true crime, British politics, and European history.

The history of London is bound up with the infamous river that flows through its centre.

The Thames has witnessed the rise and fall of an Empire. The births and deaths of bloodthirsty rulers. And the rapid evolution of a thriving metropolis.

It is both the giver of life to the city and the bringer of destruction. It was a centre of trade and allowed people to travel. But it also brought pollution and sewage from upstream, caused floods, and its inky blackness has been a heart-breaking siren call to suicides.

As London evolved from a sparse ancient civilisation into the bustling multicultural hub it is today, many of its great tragedies played out on the banks of the Thames: the infamous Gunpowder Plot, the devastating Great Fire of 1666 and the destruction wreaked by Second World War bombing.

In Death and Destruction on the Thames in London, Anthony Galvin follows the history of this great city and looks at how the river has played a part in the political events – and deadly occurrences – which have shaped the modern world.