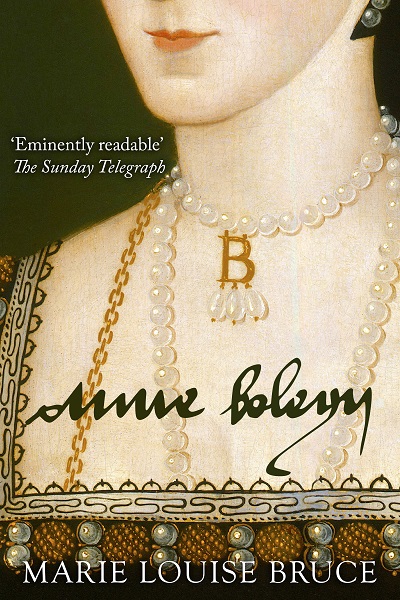 ‘A very readable account of all the strands in the complicated tapestry of politics, religion, and that very uncertain quality, the King’s love’ The Times

Few queens of England are as famous as Anne Boleyn.

Yet, who was this woman? What was her life like before Henry VIII became infatuated with her? And just how influential was she in reshaping English religious and political life during the early years of the Reformation?

Marie Louise Bruce’s engrossing account of Anne Boleyn charts the rise and fall of this remarkable young woman through the course of her short life, from her early days at Hever Castle to the luxurious courts of France and England to her terrifying last days in the Tower of London.

By utilising a wealth of primary sources, including the love letters between Henry and Anne along with innumerable documents written by courtiers and ambassadors, Bruce brings to life the splendour of the Tudor court and its most famous king and queen.

‘Traces sympathetically and in great detail the life of Henry VIII’s second queen. What a woman, and what a terrible time to be her kind of woman! Beautiful, clever, talkative and strong-willed, in this book Anne Boleyn lives and dies vividly, leaving behind the proud and inescapable fact that her daughter became England’s greatest queen’ She Magazine