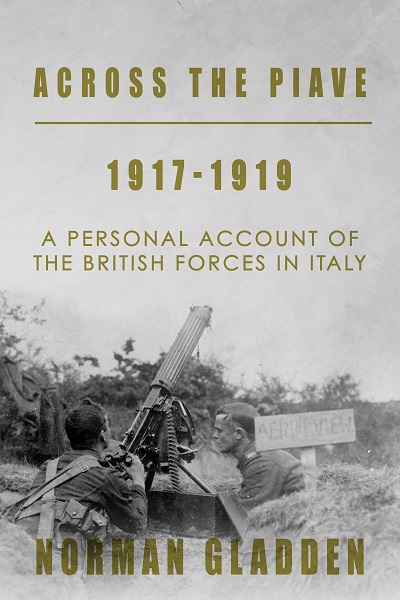 An eyewitness account of the forgotten Italian front in World War One.

After having survived the Somme and Passchendaele in the muddy fields of northern France and Belgium during 1916 and 1917 Norman Gladden and the 11th Battalion Northumberland Fusiliers were sent south to bolster Italian defences against Austro-German forces.

Before Gladden arrived on this front the Italians had been crushingly defeated at the Battle of Caporetto meaning that Britain’s allies were in urgent need for reinforcements on the Grappa-Piave line.

Over the course of the final year of the year Gladden and his fellow soldiers held back Austrian offenses before contributing to Lord Cavan’s forcing of the Piave in October 1918, the first and most important phase in a series of operations which would culminate in the complete collapse of the Austria-Hungarian Empire.

Through Across the Piave Gladden charts his experiences of what this Italian front was like and reveals how it contrasted to his previous experiences at the Somme and Ypres.