Walking the Ancient Trods: For Richer, For Poorer by Valerie Holmes 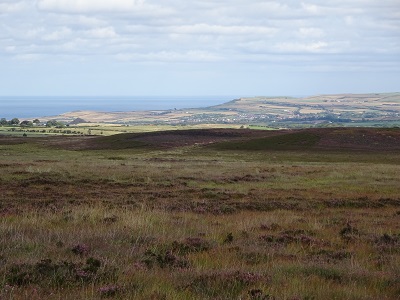 The North York Moors national park has one of the largest expanses of heather moorland in England covering an area of 554 sq miles. For centuries people have crossed this exposed, wild, boggy moorland for trade, social and religious reasons leaving a network of fragmented stone pathways that are lovingly walked and explored by hikers today. All who do respect this mainly inaccessible landscape, which is both beautiful and dangerous to traverse. But what tales these ancient paths could tell of the people who have trodden them over the centuries. 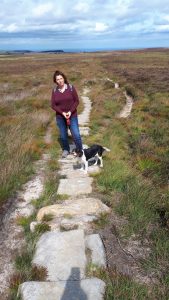 The oldest broken pathways, known locally as ‘Monks trods’ could date back to the Neolithic era. Certainly Roman soldiers have used some of the broader causeways near Whitby. The connection with monks stems from the medieval period when abbeys flourished within the region. Today we see the ruins of Whitby, Rievaulx, Guisborough and Mount Grace Priory to name but a few of these once great communities. These monasteries often housed large numbers of people and linked to other communities by the network of pathways. In Medieval times wool would be transported on them to ports such as Hull and from there to markets overseas.

The monasteries often owned farms and land miles apart. In For Richer, For Poorer I linked the two fictitious towns of Gorebeck and Beckton by one such trod that cuts across Gorebeck Moor. Gorebeck Abbey School was linked to Beckton Abbey by trade and the pathway, although rugged and unwelcoming it was known to Parthena. This was no easy route of escape by, especially at night time, it took courage and daring – but essentially local knowledge, or else it would certainly have been tantamount to a death wish. This summer I was caught out in a sudden horizontal rain storm on one of the Quaker’s Causeway, near Commondale and even with modern waterproofs and hiking boots the wind had a bitter chill.

Parthena’s pursuer, like Beth and Willoughby in To Love, Honour and Obey had to travel in single file as the stones were only designed to take a train of pack horses travelling in a line as goods were regularly transported by pack horse. 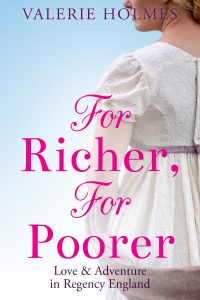 Beyond the medieval period the need to transport coal, charcoal, jet, alum and lime grew. Fresh fish from the coast needed to reach its market as quickly as possible whilst it was still fresh. Wagons would easily become bogged down in such conditions and so for centuries the pack horse was essential.

These are some of the legitimate uses for these ancient routes, as well as the need for communities such as The Quakers in the early eighteenth century to reach meetings and friend’s houses. They were also essential for people to reach the mills and towns for work as the centuries turned.

However, in the early nineteenth century, when many of my stories are set, smugglers also had local knowledge, could pay a man more than a farmer’s wage and they also needed to disperse landed contraband as quickly and efficiently as possible. Therefore, many of my stories have mentioned the use of the old trods for this purpose.

Once roads were built to cross the moorland then the need for the trods diminished and some of the ancient stone was reused for building. These roads may have even been built over the original paths as their way was the most direct. But what is left provides an interesting connection to the past and a way for people today to access this beautiful wilderness today.