Jane Cable is the author of ANOTHER YOU and ENDLESS SKIES, modern romantic sagas that draw on the Second World War. 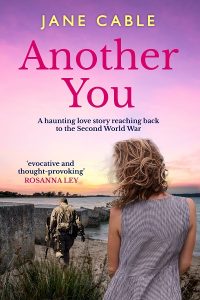 Although I hated history at school, in my adult life I have become a total history buff. Not history about royalty, wars and politicians though – the history of ordinary, everyday people. A history I feel connected to and is more often than not local.

For my contemporary romances the history I choose is sharply focussed, linked to the setting. For Another You, the most gripping part of Studland’s past was its role in the practices for D-Day, and for Endless Skies I decided to stay with World War Two. The book is set in Lincolnshire, so to my mind is inextricably linked with Bomber Command.

The wartime setting for Endless Skies is RAF Hemswell, now an industrial estate best known for its antiques centres and markets. In fact, that was the reason I went there in the first place. But wandering around the old barrack buildings, I could almost see the airmen on the stairs and hear the stamp of their boots in the parade ground. This had to be the place. 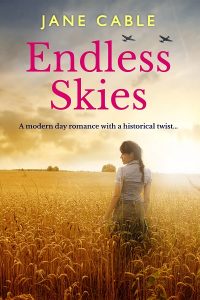 The staff at Hemswell Antique Centres were able to give me a leaflet with a short history of the base, and that set me off on my research. While we were in Lincolnshire I walked its buildings and roads then drove around the area, so I was totally familiar with the terrain, and once we were back at home I started to dig deeper.

Here the internet is invaluable, and there are a number of websites giving the history of RAF bases. Hemswell was one of the first to be operational right at the beginning of the war, but as I dug deeper I found two Polish squadrons had been based there in 1942-3 and had suffered huge losses. I knew exactly where to focus my research.

This is where local history becomes exceptionally localised for me: one place at one point in time. In Endless Skies my protagonist, Dr Rachel Ward, is an archaeologist and my own work made me think of hers: researching a site, carrying out a survey, opening a trench, trowelling into every corner then digging out a single artefact. She finds … well, it would be spoiling the story to tell you. I find words. 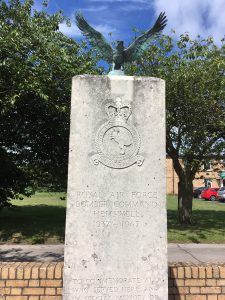 But sometimes before you focus down you need to pan out, so I read around the subject: first-hand accounts from wartime bomber crews; memoirs of civilian life on RAF bases. For background on Hemswell itself I was very lucky – it was where The Dam Busters was filmed in the 1950s, and there was both a book and documentary about making the movie so I could watch almost contemporary footage.

There was also a treasure trove on the internet about the Polish airmen who crewed the station, and seeing photographs of them was quite an eerie experience. In fact, I ended up with far more information than I could possibly – or would want to – use in the book. But the level of detail gives me confidence my historical details are correct.

But equally interesting to me were the ghost stories associated with Hemswell: a pilot in flames on the runway, the echoes of 1940s music and the sounds of bombers taking off and landing. And having researched them, it would have been such a shame not to use at least one of them as well. Although my ghosts, of course, are completely fictional.