We now have a family of over 50 authors and plenty of chart successes under our belt.

To celebrate our first two years as a company, we threw a party in London and caught up with our fabulous authors over drinks and nibbles. All have exciting new projects brewing. Here is a taster of what to expect from our authors in 2020. 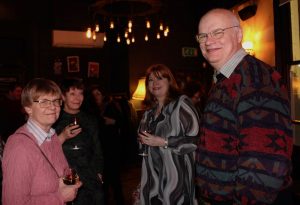 Graham Brack is working on a historical fiction series, the Master Mercurius Mysteries, set in the 17th century. The first book, Death in Delft is already available to pre-order, and more will follow later this year.

Keith Moray has written the Sandal Castle Medieval Thriller series, historical murder mysteries set in Yorkshire. The first book, The Pardoner’s Crime, is available to pre-order, and more are soon to follow.

Alis Hawkins’ brand-new Medieval novel The Black and The White will be published later this month.

David Field is working on a brand-new Victorian mystery series, the Carlyle & West Mysteries, which will launch very soon.

Jane Cable has another thought-provoking romance with echoes of the past launching soon. 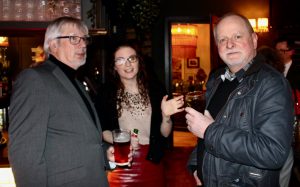 Gillian Jackson has written a new psychological thriller, which will be released this summer.

Natalie Kleinman will be joining our excellent Regency Romance authors with her sparkling new books, which will feature strong and resourceful heroines.

Ros Rendle will be launching her Strong Sisters series this year – sweeping sagas that will explore family relationships and rivalries. 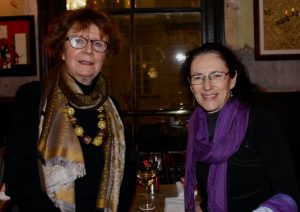 Stephen Taylor has a series of 18th century novels coming out soon.

For more information on our latest releases and ebook deals sign up to the Sapere Books newsletter.