History for Sale: Laxton Village Under the Hammer by Austin Hernon

Laxton Village is believed to be the last remaining example in Europe where the Open Field System and Court Leet have been preserved. It boasts a unique 1,845 acre heritage estate — including 525 acres of unenclosed open fields — produces in excess of £230,000 per annum, and is of significant educational and curatorial interest. The village is now on sale for £7m. 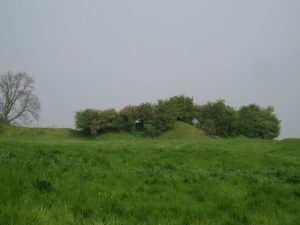 Castle mound: the site of an 11th-century castle in Laxton.

The Laxton Estate is situated in and around the picturesque village of Laxton, surrounded by rolling countryside. The village is linear and unusual in appearance, comprising 17 traditional red brick farmsteads in addition to a village pub and visitor centre. The majority of the estate is farmed under Agricultural Holdings Act (AHA) and Farm Business Tenancy (FBT) agreements. Each farm tenant benefits from a home farmstead and land let under AHA and/or FBT and a right to farm land within 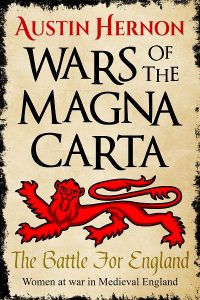 the open field system as administrated by Laxton Court Leet, an ancient manorial Court with legal status as a court of Law.

You can find out more about the history of Laxton from the Wars of the Magna Carta series. The first instalment, The Battle For England, features Laxton Castle, domain of the brave heroine Matilda.