Getting to know Marilyn Todd

I was bedriden a lot as a kid, where, being an only child, it was just me and my imagination. I’d pore over National Geographic magazines, whisking myself off on worldwide adventures, discovering lost tombs in the desert and diving shipwrecks in dangerous seas. I’d look at the drawings on my mum’s dressmaking patterns, wondering who these elegant creatures were – where were they going? who were they meeting? would they ever be in the same place at the same time? Everywhere I looked, stories formed. Evolved. Changed by the day. Even school projects became stories! 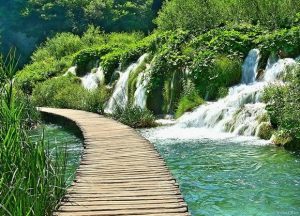 If you’re asking about my delving into the naughty picture business … as the Americans would say, I claim the Fifth Amendment!! The best thing about research is the travel.  From Croatia to Sicily, it’s thrown up settings for thrillers, and from Tombstone to Tuscany for short stories, but in the case of the Julia McAllister series, the opposite happened. I was in the Klondike Museum in Seattle, where the plaque reads “…adventure and hardship … dreams made … hopes shattered … lives changed … a city transformed.”  Staring at the photos of the suffering, the challenges, the bones of the 3,000 pack animals who died on one trail alone  and whose bones still lie there today, I knew, in that instant, that I had to write about someone who took images that would also change lives. Plunging me into a world I knew nothing about. In 1895, there were no crime scene photographers in England. The Parisian police were applying the concept with considerable success, but in Britain, the Home Office was barely getting to grips with mugshots, never mind fingerprints, footprint casts or photographic records that captured a murder scene before evidence was trampled, contaminated or lost.  So was born Julia McAllister, a spunky young woman taking risqué pictures to survive, and who would have happily continued, had someone not started killing her models and framing her for their murders.

I have a dedicated office at home and I tie myself to the desk pretty much morning till night, but here’s the thing. At the bottom of the garden is this.  A rocky outcrop topped by the remains of a fortress dating back to 11th century, before it was razed by Richard the Lionheart’s troops. The little chapel (middle,  top) was rebuilt a hundred years later, though the original crypt is still there, and to the left of this photo is the “new” château complete with crenellations and turrets. Behind it all, the land drops 200m to a little river with more arms than the goddess Kali (site of a tiny Roman bridge at the bottom, because we’re just off the Via Agrippa as well), and beyond the woods are vines. Billions and billions of little bottles in the making, and all the châteaux that go with them.  Settings like this make any amount of hunching worthwhile.  That, and of course travel……

If you enjoy what you do, it comes easy. Plotting’s fun. Creating characters is fun. I love creating a climax (almost as much as I love creating an anti-climax) and I enjoy weaving humour into my writing. Most of all, though – and this is the best bit – I love making my readers trust me. That bit when they get to the end, and despite all the trails I’ve marked out, they still say “didn’t see that coming”.

Without exception, I write about strong women fighting for independence and equality. The irony here is, they do it on my terms!!! 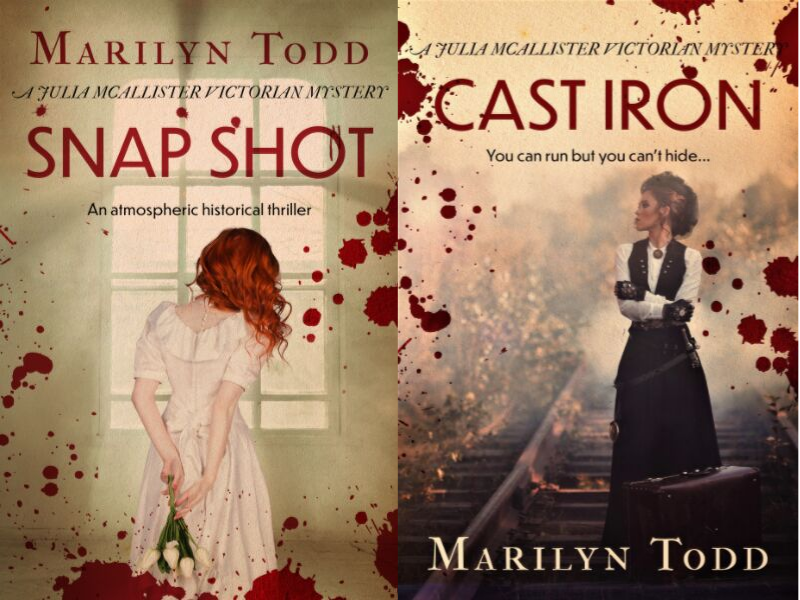 Whenever anyone asks what I do, I tell them I kill people for a living, but joking aside, I don’t believe the taking of any life should ever be treated lightly, even in fiction. Having said that, it’s important that the bad guys are never all bad … and the good guys are never all good.

By their very nature, thrillers have to be tight and I map them carefully. Nails are there to be bitten.

The third book in the Julia McAllister series, in which she’s brought in to photograph the scene of a wealthy factory owner’s murder. Eight years earlier, the man’s son was kidnapped, the ransom wasn’t collected and the boy never found.  Desperate to bring peace to a grieving mother, Julia has no idea her own life is in danger. 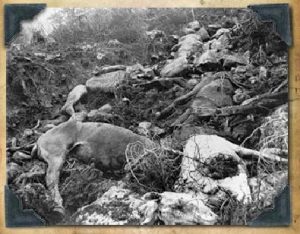 The latest issue of Ellery Queen’s Mystery Magazine.  I absolutely love short stories, they’re what I originally set out to write, and to quote Stephen King, EQMM is “the best mystery magazine in the world, bar none.” (And I’m not just saying that because I have a story in it!!)

Without wishing to sound nerdy, the Encyclopedia Brittanica!! Honestly, you could dip in every day for a thousand years and still learn something new.

Jeeves & Wooster  — to leave a smile on as many faces as possible.

P.G. Wodehouse (see above!) I’m also a great fan of the late Diana Norman’s historical novels. The way she handled romance is something else.

My mum died young, instantly and without warning, and just before Christmas as well. That made me realise how important it is to make every single moment count. Squeeze life until you hear the pips squeak.