Elizabeth Bailey is the author of THE LADY FAN MYSTERY SERIES – romantic Regency crime novels, and THE BRIDES BY CHANCE REGENCY ADVENTURE SERIES.

Can you tell us a little a bit about what first got you interested in writing? 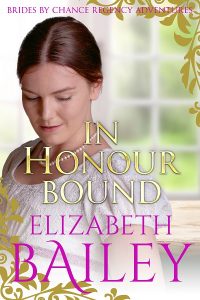 I can’t think of a time I didn’t write. I dabbled for most of my young and adult life, but I was in my thirties when I became a member of a co-operative writing group with the idea of sending out each other’s work. I wrote several short stories and then decided to write a historical romance, a genre I had been reading from a child beginning with the novels of Georgette Heyer. That book, though it never saw the light of day, was the turning point. I loved writing it and felt I had at last found my true metier. I’ve been writing fiction ever since.

Do you have set writing times?

Mostly I write my first draft early morning in bed after I’ve had my tea. If I can get between 500 to 1500 words written, I feel I’m making progress. I try to get it all down without research, leaving notes to myself within the text where I need more data. The murder or where it happens, I will usually check out before I start, unless I add something new and have to go and find out about it before I can get on. I can’t start at all until I have names of the main characters and a general idea of what is likely to happen in the first couple of chapters. I actually don’t usually know who the murderer is when I begin. Nothing like making life interesting for yourself!

Seeing as you write historical fiction, do you find you have to do a lot of research?

These days with many years of historicals of the same period behind me I am so familiar with the time that my research is mostly for specifics. I have many books collected over the years which furnish me with the detail I need. My main focus of research is in the area of the murder and the internet is a mine of information on the subject. You can find contemporary sources relating to anatomical matters, which means I can be as accurate as possible according to knowledge of the era. However, I do turn to current material for exact descriptions of what happens, for example, when someone is bludgeoned, knifed or otherwise injured. All of which is fascinating to read about. 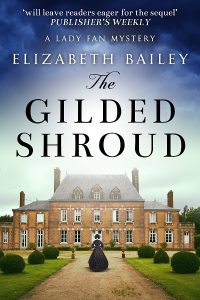 Struggling through against the odds when life intervenes. This happens and you just have to deal with it. It’s virtually impossible in this day and age to shut yourself away in an ivory tower to get your first draft done. I wrote a short book in a week once on a holiday. Another time I forced through 5000 words a day to get a novel done. But it’s not optimum. It doesn’t allow time for the filtering process that builds the minutiae of the story and generates ideas you hadn’t thought of until some trigger sets them off. Working steadily every day seems to build a book better, but it does mean you are subject to interruptions and getting back into it after a break is the hardest thing of all.

Do you find your characters start to control their own storylines?

Yes, they become totally real, and some characters are completely independent and go off in unexpected directions. The thing is, you invest them with life and then they become real people (albeit in a sort of ghost form in your head). They start behaving according to their character and you might have no idea of who they really are until they do this. Ottilia is a case in point. She was supposed to be a retiring female, letting Francis take the lead. Not a bit of it. She marched into centre stage the minute I set her on the page and stayed there. In the book I’m currently writing, I had a peripheral character take off in much the same way and seize quite a chunk of the story from Ottilia. Experience has taught me to run with it. I have a great belief in the Inner Writer knowing a great deal more than I do about the developing story. It really is like being two people sometimes.

Do you ever feel guilty about killing off characters in your crime series?

Apart from the initial dead body, I hesitate. The first death is the spur for the story, so that’s all right. We usually don’t know that person. But it’s very hard to kill off someone who has become a character in their own right. But that’s good, I think. It transfers to my heroine, who is allowed to have an emotional reaction to such a death. 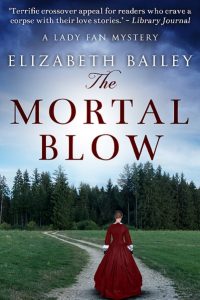 Usually the story comes to a natural conclusion. Then it’s just a matter of tying up loose ends and giving my lead characters a chance to mull and make decisions of their own. I like to keep the denouement fairly short. When the story is finished, that’s it. And there’s a maxim – always leave the reader wanting more. If you ice the cake too richly, they might be too satisfied to want another slice.

Which book by another author do you wish you had written?

Oh, that’s a tough one. For sheer quality perhaps, another long-time favourite, In This House of Brede by Rumer Godden. So subtle, engaging, insightful and just beautifully written. But then I would love to write like PG Wodehouse whose Jeeves and Bertie books I adore. I’ve had a go in a play I wrote for school when I was teaching drama, and I have a short story out in a similar style (To Catch a Thief). Or Terry Pratchett with such a discerning eye for the human condition.

When I was a teenager, I won two cups for target shooting with a 303 rifle. Now I couldn’t hit a haystack!