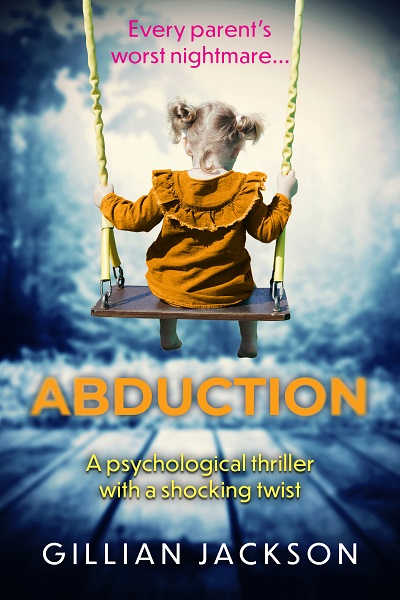 What do you do when the unthinkable happens?

Three-year-old Grace has vanished without a trace.

With the case long-since gone cold, Grace’s family have done their best to move on.

But her sister, Elise, has never given up hope.

And now Elise thinks she may have found her…

Is Elise going crazy? Could Grace really have returned?

And if she has, where was she taken…?

Abduction is a page-turning thriller by Gillian Jackson.